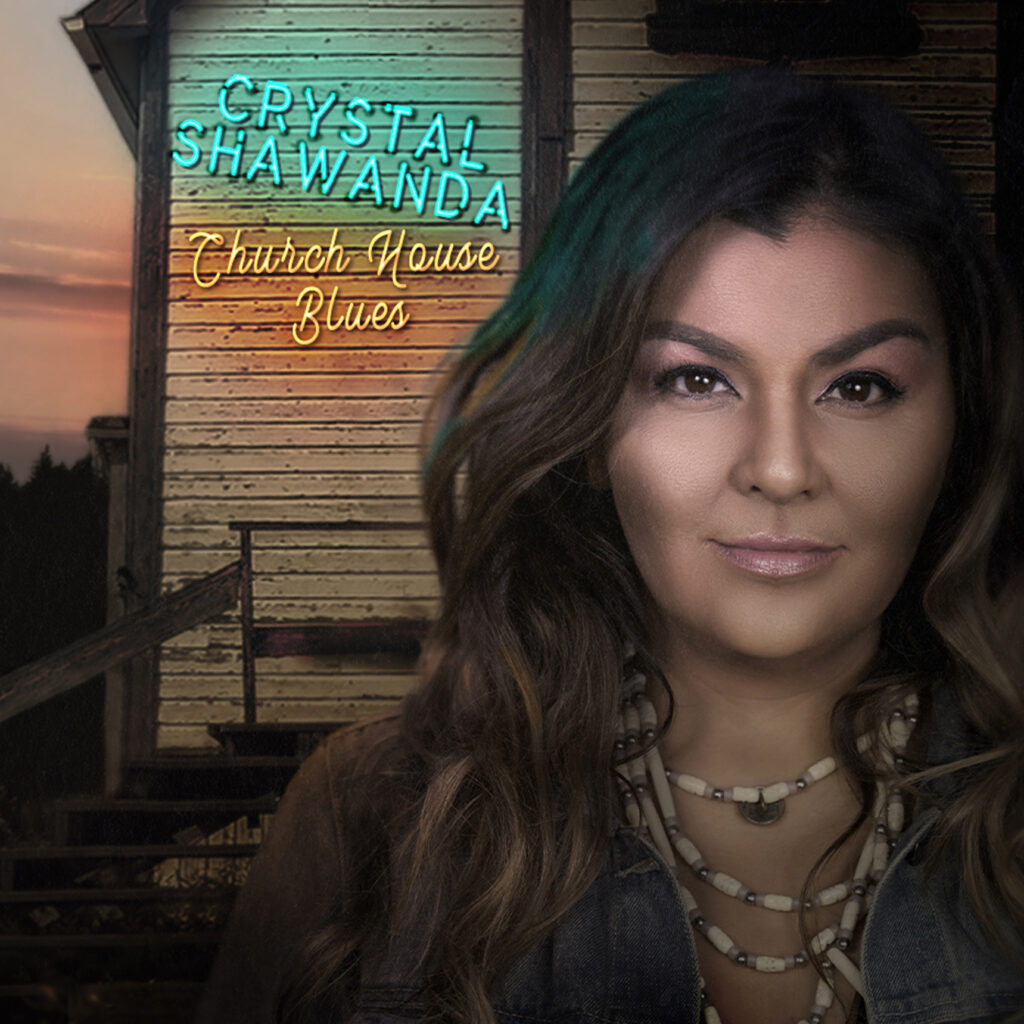 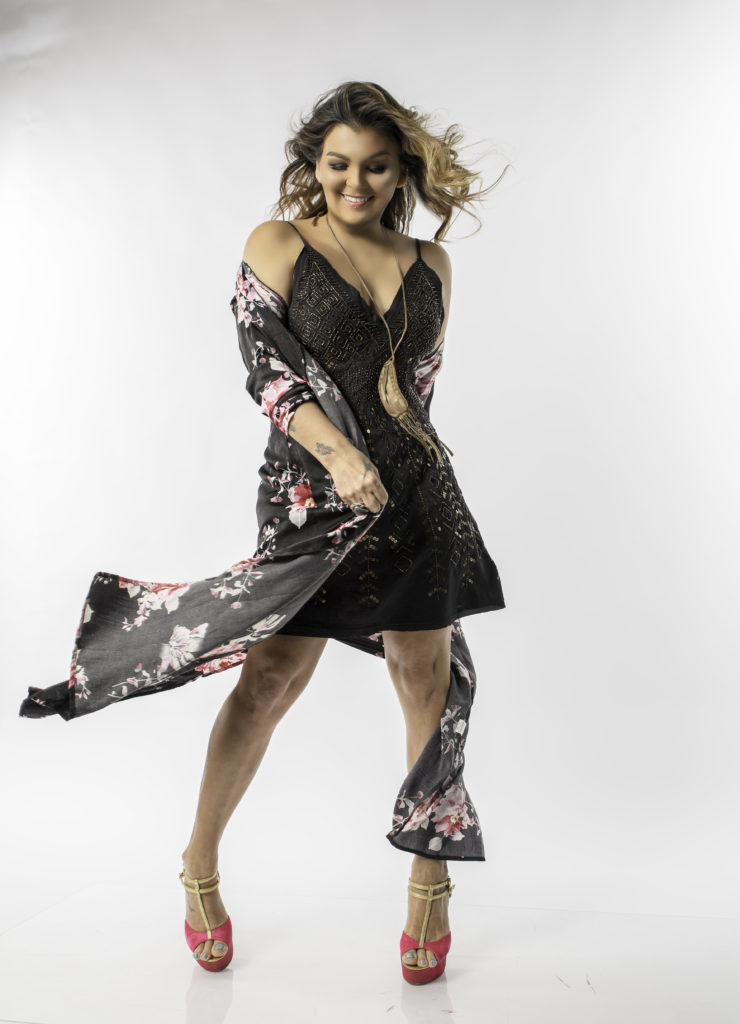 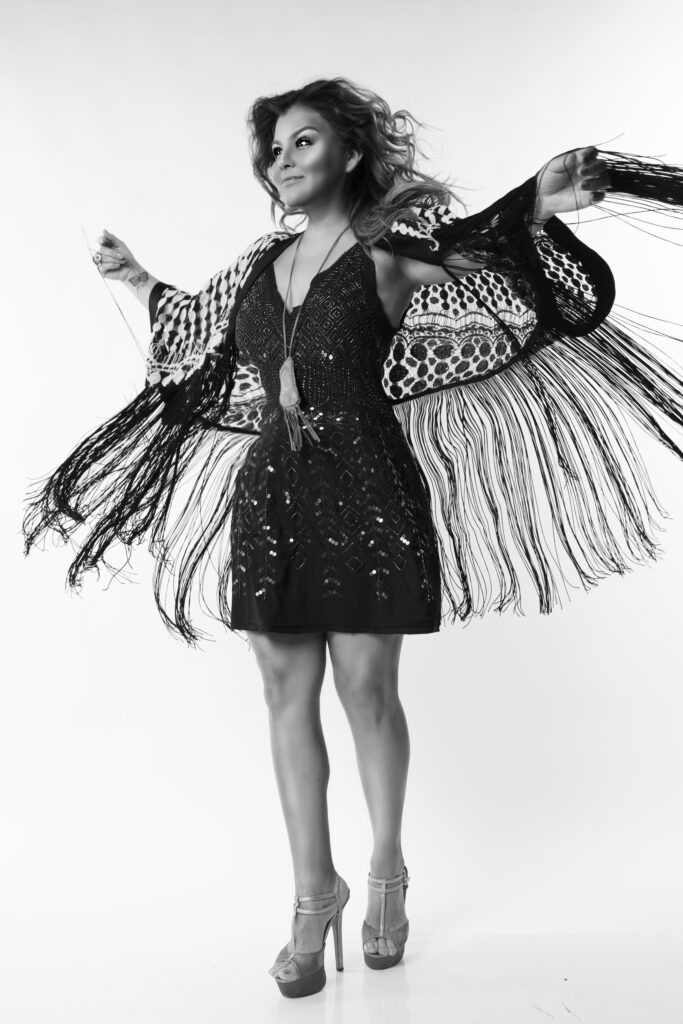 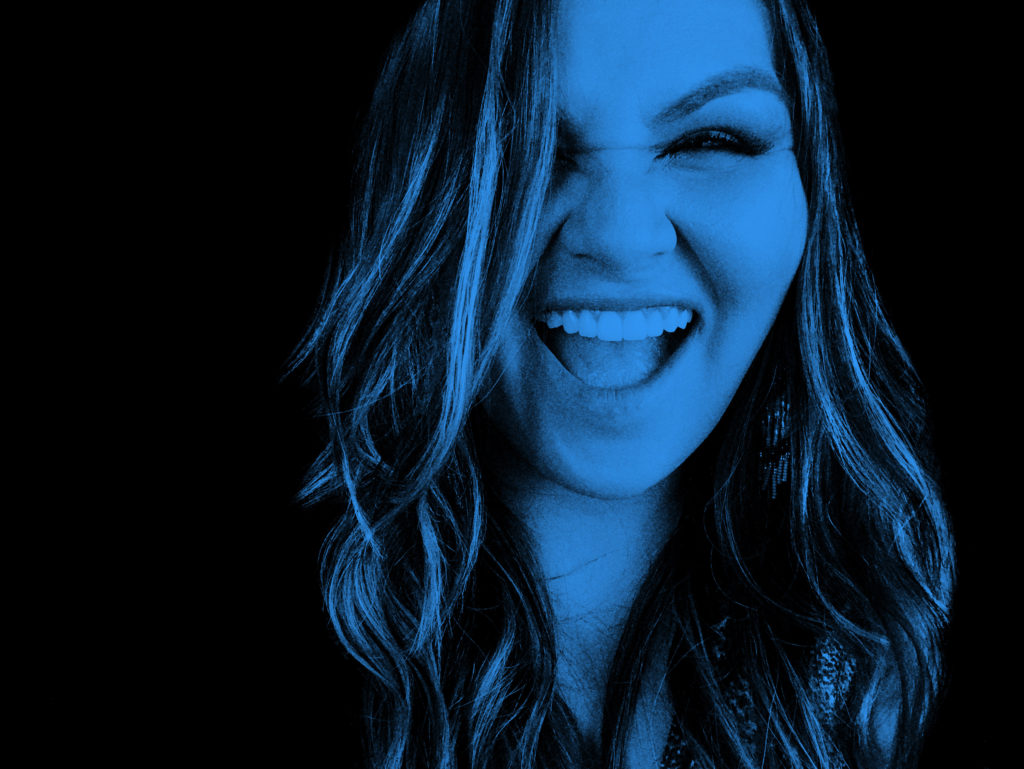 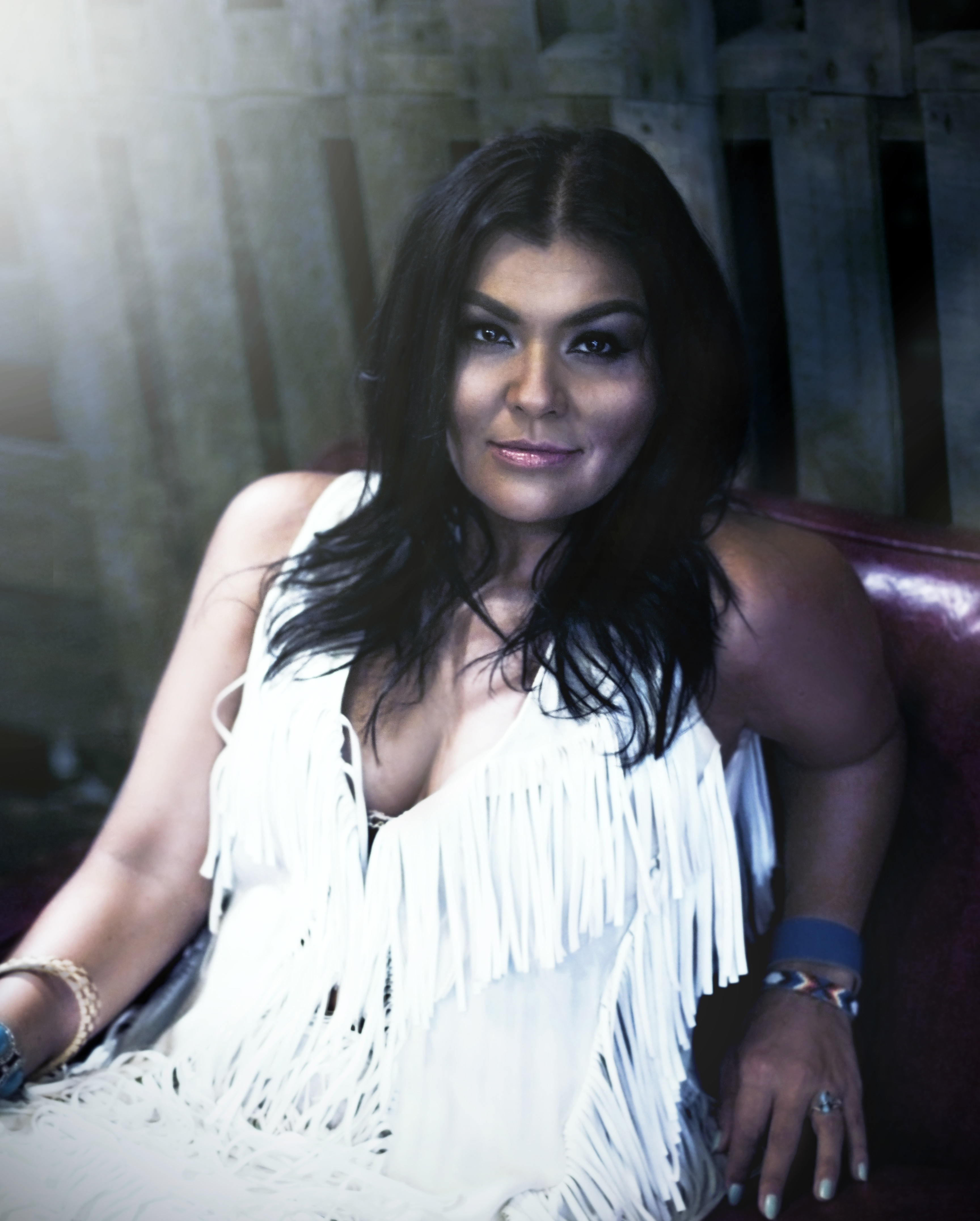 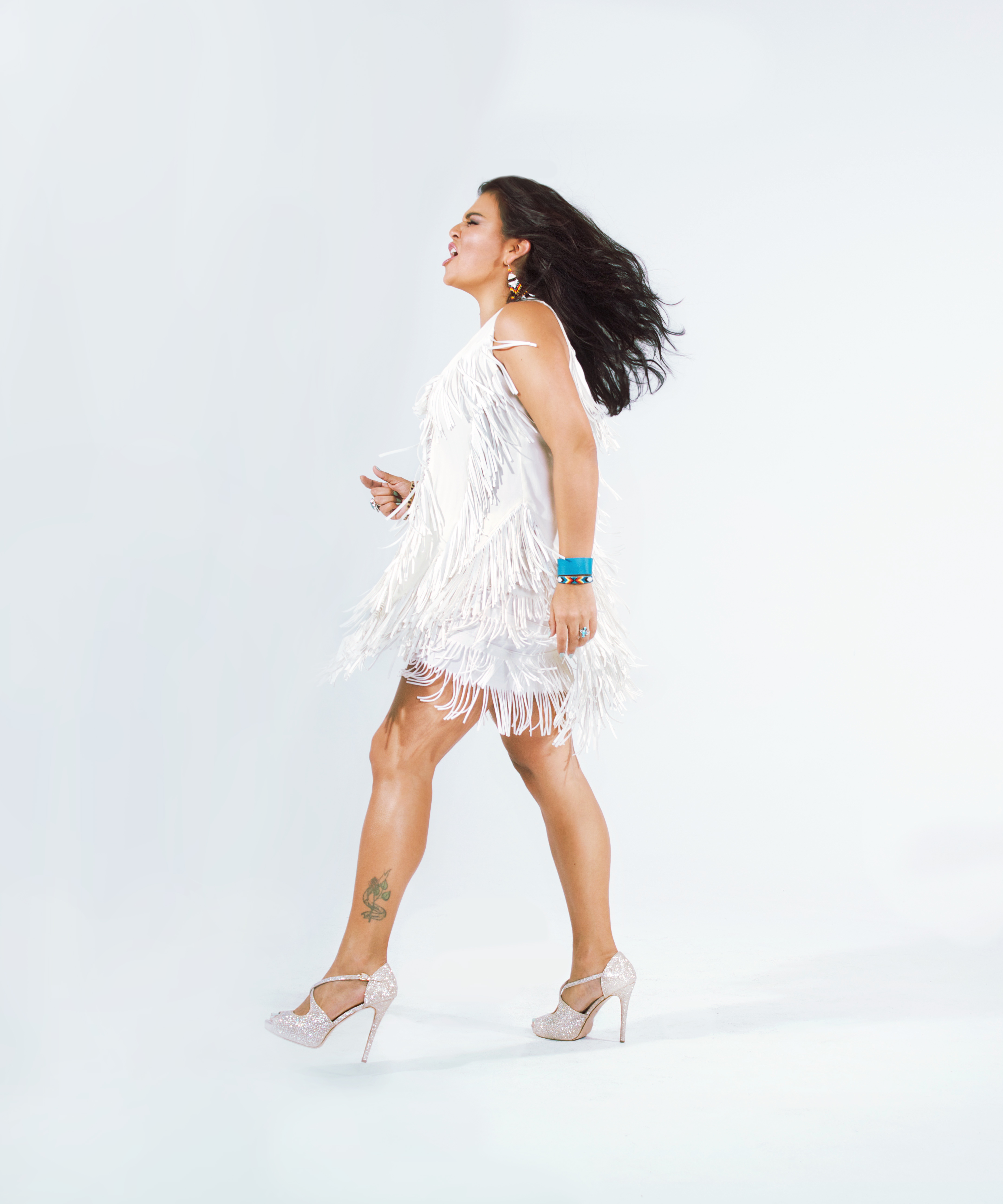 “This is a new blues woman on the scene with fantastic chops and a command of songs. She is a valuable addition to the blues world, destined for wide recognition.”

There’s a tendency these days to try to pigeonhole any artist that attempts to breach the boundaries. Chalk it up to the restrictions of radio playlists or the media’s attempt to strictly define musicians by the music it believes artists ought to be making, creative instincts be damned.

Nevertheless Crystal Shawanda opted to defy those demands and chart her own path forward. Initially signed to RCA in 2007, she hit her stride as a country singer and songwriter when she scored a top 20 hit with her song “You Can Let Go” and subsequently tallied sales of over 50,000 copies of her debut album Dawn of a New Day and subsequently debuted in the Billboard Top 20. Nevertheless, she began to realize that the blues had captured her muse, and with that, she left the label, shifted her stance and began recording albums that reflected her love of blues and her natural affinity for that sound.

Her new album Church House Blues (due April 17th on True North Records) reflects that dedication and devotion and finds her co-writing seven of the ten songs on the album. Produced by her husband, collaborator and cowriter Dewayne Strobel, it not only marks her fourth blues effort to date, but one of her most demonstrative as well. That’s evident at the outset, from the fiery delivery of the title track, the riveting drive of “New Orleans Is Sinking,” and the assertive strains of “Rather Be Alone,” to the quiet, contemplative desire and despair that scorches “Evil Memory,” the radio-ready hooks illuminated in “Hey Love,” and the emotive strains instilled in the bittersweet ballads “When It Comes To Love” and “Bigger Than the Blues.” At the center of it all is Crystal’s evocative vocals, a powerful, provocative force of nature that elevates each encounter and sends the album’s entries soaring towards the stratosphere.

Credit is also due some spectacular guest artists, including session superstar Dave Roe on bass (Johnny Cash, Yola, Ceelo Green, among the many), the McCrary Sisters on backing vocals, Dana Robbins of Delbert McClinton’s band on sax, and Peter Keys of Lynyrd Skynyrd playing keys.

Most importantly, Crystal says that the recording allowed her to express herself without feeling like anyone was looking over her shoulder. “This is the most I’ve ever loved an album out of everything I’ve ever done,” she insists. “This is really who I am. It’s my most definitive album yet. All these songs reflect different aspects of who I am. It’s putting a finger on that definitively. I’m not trying to prove anything. I’m just being me. I’m done with trying to fit in.”

It’s that free spirited approach that’s found her becoming a critical favorite. Her last album, VooDoo Woman elevated the Canadian-bred, now Nashville-based singer to the upper strata of today’s most expressive and exhilarating performers. Although influenced by such iconic individuals as Etta James, Koko Taylor and the Staple Singers, she claims a specific signature style all her own.

The critics all agree. “Shawanda is a real deal blues artist who isn’t dabbling in blues so much as channeling it,” Steven Ovadia wrote in Elmore Magazine. JD Nash of American Blues Scene raved, “Not only does Shawanda capture KoKo Taylor’s southside growl, but after a brief slow down for breath, morphs into a primal scream that would grab Janis Joplin by the shorthairs.” Bill Wilson, writing in Reflections in Blue, concurred. “Crystal Shawanda is every bit the real deal. This is an incredibly powerful piece of work.”

Still, Crystal is hardly what one might call an overnight sensation. “I grew up with blues music and I used to jam with blues musicians when I was still living in Canada,” she recalls. “It’s funny. After moving to Nashville the second time in 2000, I was discovered while actually playing the blues —the music made by Muddy Waters, B.B. King, Big Mama Thornton, Janis Joplin. But when I was offered the record deal to make country music, it felt like the opportunity of a lifetime, and so I took it and ran.”

After scoring initial success as a country artist, she garnered a legion of devotees, marquee status as a major headliner, and even became the subject of a reality show, “Crystal: Living the Dream” as seen on the CMT television network.

She followed her stint at RCA with an independent effort Just Like You, garnering Canada’s prestigious Juno Award in the process. She also had the distinction of performing at President Barrack Obama’s inauguration festivities in 2013. She’s since made her name as a motivational speaker and currently serves as board member of the not-for-profit Nike 7 charitable foundation.

“I veered towards the blues because that’s the music I love to sing,” Crystal says in retrospect. “It feels so natural, the kind of music I was meant to sing. It’s a beautiful release. It’s like letting a bird out of a cage. This is what I’m supposed to do. This is how I fly.”